Assessment of the Basophil Activation Test as a tool for monitoring therapeutic responses to Jack Jumper Ant Venom Immunotherapy.

Allergies to venoms from stinging insects are one of the most common causes of severe allergic reactions in Australia, and cause more deaths than shark attacks, yet they are rarely reported. Symptoms include an all-over rash, swelling of tongue or throat, difficulty breathing, abdominal pain, diarrhoea, vomiting or a drop in blood pressure.

In 2016 $10,000 grant was awarded to a research project that will assess whether treatment for allergic reactions to Jack Jumper Ant stings is effective. The Chief Investigator is Dr Pravin Hissaria, with Professor Bob Heddle and Dr Adriana (Thanh-Thai) Le on the project team based at SA Pathology in Adelaide.

Allergic reactions to the Jack Jumper Ant are a uniquely Australian problem. Jack Jumper Ants (also known as Hopper Ants because of their jerky movements) live in underground nests. They are aggressive and often hunt alone. Allergy to Jack Jumper Ant venom is one of the most common causes of insect sting anaphylaxis in southern and eastern Australia. Around 3% of the population of Tasmania has experienced immediate, generalised allergic reactions to Jack Jumper Ant stings and about half of these reactions were potentially life threatening. Those most at risk are older people or those with severe breathing difficulties. This is also a problem that impacts people living and working in rural and outer urban areas. 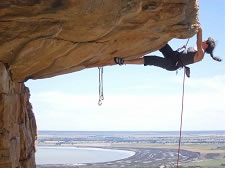 Sonja Klebe, who works in cancer research, moved into an Adelaide Hills property in 2005 and was stung 3 times within the space of 18 months by Jack Jumper Ants. The first time was a localised reaction, the second time her arm swelled up and by the third she was experiencing breathing difficulty, nearly passing out in the paddock. Alone in the paddock, this was a frightening and potentially fatal experience for Sonja.

Fortunately, she works at Flinders Medical Centre, where Professor Heddle has given talks about the subject, so she was aware of the problem and sought help. 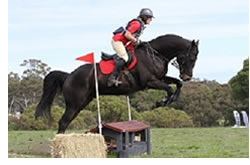 "I used to always carry an EpiPen (adrenaline autoinjector) but I am quite active, ride horses and rock climb, so this can be difficult at times.  Since the Jack Jumper Ant immunotherapy, I have not had any systemic reactions. Avoiding outdoor activities has not been an option for me, and Jack Jumper Ant incidents have not been limited to the Hills. I have been stung in the carpark at work, with an ant sitting on my car door handle, apparently just waiting for me!" Sonja has been on immunotherapy for 5 years and it has been effective for her in managing her allergy.

Venom immunotherapy involves giving the body gradually increasing doses of Jack Jumper Ant venom in a vaccine and reducing the chances of a severe allergic reaction to a future sting. The purpose of this study is to assess the usefulness of a blood test, called the Basophil Activation Test, as a tool to predict the effectiveness, ongoing protection, and treatment related side effects in patients receiving Jack Jumper Ant venom immunotherapy. There is currently no reliable test to judge whether this treatment has worked apart from a live sting challenge, with all the inherent dangers involved.

The study has potential benefits for people with other allergies. Establishing the effectiveness of this test for allergen tolerance would allow it to be used in other allergic conditions like food and drug allergies, reducing the need for costly and potentially dangerous allergen challenges, which can only be performed in a few specialised centres.

Dr Pravin Hissaria is a Clinical Immunologist and Immunopathologist at the Royal Adelaide Hospital and SA Pathology. He has experience in both laboratory and clinical research, collaborating with  multiple groups for successful grant applications and publications in journals with high impact factors. His current major interests include the development of better diagnostic tools for immediate and delayed drug allergy by immunoprofiling of various Immune cells like lymphocytes and Basophils by flow cytometry and looking at their activation markers.

Professor Heddle has held senior clinical posts as a Clinical Immunologist/Allergist at the Royal Adelaide Hospital, Flinders Medical Centre, Repatriation General Hospital, Daw Park and Women’s and Children’s Hospital, and until 2003 was  also in private consultant rooms practice. He then took a position as Director of Allergy at FMC. He moved in August 2008 to the position of Head of Clinical Immunology SA Pathology/RAH before taking on the role as Chief Pathologist, SA Pathology in March  2010. Prof Heddle has major interests in insect sting anaphylaxis with multiple invitations to speak at meetings and publications in journals with high impact factors. Other major interests are drug allergy, immunoglobulin replacement therapy, the fostering  of research activity and the development and maintenance of professional standards.

Dr Adriana Le is a second year Advanced Trainee in Clinical Immunology and Allergy. She is actively involved in laboratory and clinical research, including the establishment of the (Basophil Activation  Test) BAT at SA pathology. Her current research interests include the utility of BAT in food, venom and drug allergy, basophil biology in allergic disease and the use of MedicAlert devices in allergic disease.

Together, Professor Heddle, Dr Hissaria and Dr Le are undertaking the JumpVax trial “A dose ranging study of sting challenge and specific IgE, IgG and IgG4 responses to Jack Jumper Ant (JJA)[Myrmecia  pilosula] Venom immunotherapy (VIT) with and without delta-inulin as an adjuvant” which commenced in October 2016. JumpBAT is a supplementary study, which aims to assess the utility of BAT as a tool for monitoring therapeutic responses and as a predictor  of adverse effects to JJA VIT and/or JJA sting challenges. Their collaborators in the JumpBAT study include Associate Professor of  Pharmacotherapeutics (School of Pharmacy and Medical Sciences, University of South Australia), Dr Michael Wiese; and UniSA PhD student, Sherin Joseph  Vareeckal. The investigators hope to establish the potential utility of BAT in not only venom allergy and management, but its potential role in other allergic (including drug and food) disorders.

©2021 Allergy and Immunology Foundation of Australasia